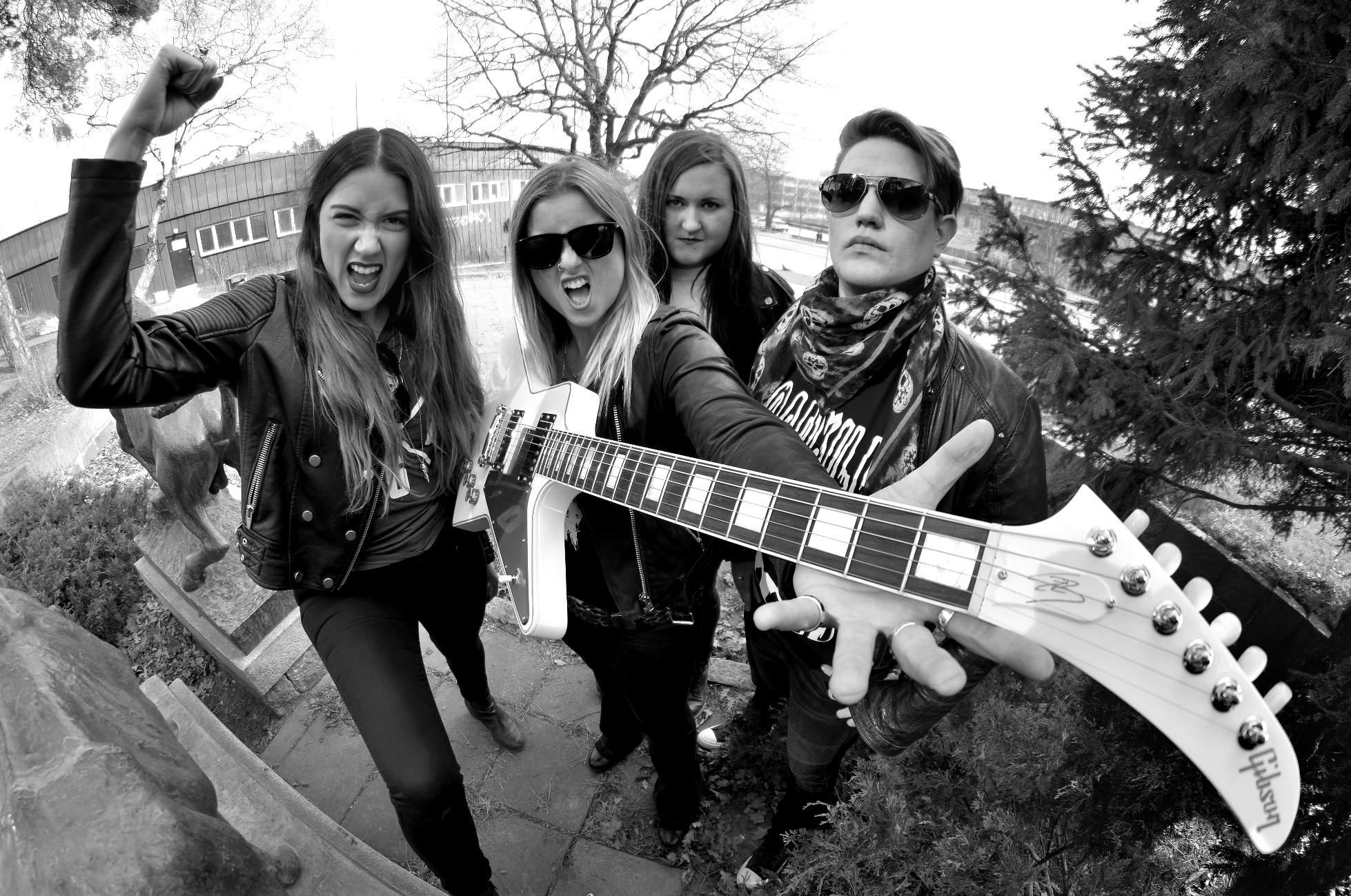 High energy, wild riffs and a sturdy groove straight from the 70’s – two and a half years after the critically acclaimed album “Road Fever”, Swedish rock’n’roll band Thundermother returns. And it’s a truly amazing return. Thundermother’s third album is simply one of the greatest rock records you’ll get to hear this year.

In the spring of 2017 Thundermother saw some drastic changes. Four members left, three new ones arrived. But the band’s center piece – guitarist and founder Filippa Nässil – stood steady by her vision. Around that vision the new line-up quickly gathered and every piece immediately fell into place. In June the new, upgraded version of Thundermother released “We Fight For Rock N Roll” – a single that was just as much of a statement as a taste of great deeds to come. After that they hit the road for a 20 dates long tour through Europe.

The highlight of the tour was the concert at Wacken. After touring with Michael Monroe, W.A.S.P, D-A-D, Danko Jones etc. and a sold-out European headline tour it was finally time for the band to conquer Wacken. Even though they they’ve only played together for a few months the show was a complete success for Thundermother’s new line-up.

– To play at Wacken has been my major goal since I started the band and now we stood there and performed in front of 10 000 people. It had rained throughout the festival, but suddenly it stopped and the sun started to shine at us, Filippa Nässil recalls and reveals that they were so satisfied with the show that the whole band got the Wacken logo tattooed before they rushed off to the next tour stop.

After a summer of successful touring Thundermother rehearsed intensively for a month, before it was time. Then they headed into the studio Nordic Soundlab in Skara. The flow was unbelievable. In just ten days they recorded 15 new tracks. Everything – including vocals – was recorded live. And almost everything was wrapped in the first take. 13 of these 15 tracks became the bands third and self-titled album “Thundermother”.

Thundermother have never sounded this great. Together with three times Grammis awarded producer Thomas Plec Johansson (Mustasch, Hardcore Superstar, Watain etc.) Thundermother have maxed just about everything. Just listen to the Deep Purple-ish knockout punch “Rip Your Heart Out”, when singer Guernica Mancini throws lethal jabs over riffs that aren’t kneeling for no one and whipped drums, that can crush bones.

– We wanted a really fat drum sound on this album. If you listen to records with say AC/DC and Airbourne, you’ll hear that the drums are at a damn high volume. So, we put some serious time into getting a wicked drum sound, says Filippa Nässil.

– When Emlee hit the bass drum both she and the whole bloody house shook. It was such a great energy.   The rock history is stacked with giants who’ve unleashed their big power ballad on their third album. The same power ballad that later has led to their broader breakthroughs. Why shouldn’t Thundermother follow in these paths? On their third album, they release their first ballad ever – the upcoming single “Fire In The Rain”. But that isn’t the only time that Thundermother add a bit of new flavor to their failsafe recipe for success on this album. Put side-by-side with the other tracks “Hanging At My Door” – with its catchy hooks – sounds almost like a pop song in a Thundermother suit.

Thundermother may have left their musical comfort zone this time, but you’ll still recognize the band. It’s still the same great, high-octane, 70’s breathing rock’n’roll that the band has spoiled us with ever since their 2014’s debut album. It’s just that this time the groove is even groovier, the sound is even better and the songs cuts even deeper.

Thundermother 2.0 are here. And they’re better than ever!

“Thundermother” was released on February 23 through Despotz Records. Now on the German album charts.

”Combining the high voltage bursts of AC/DC and Motörhead with charismatic performances and looks that kill, Thundermother are one of Stockholm’s greatest export(s) since melodic death metal” – Revolver Magazine